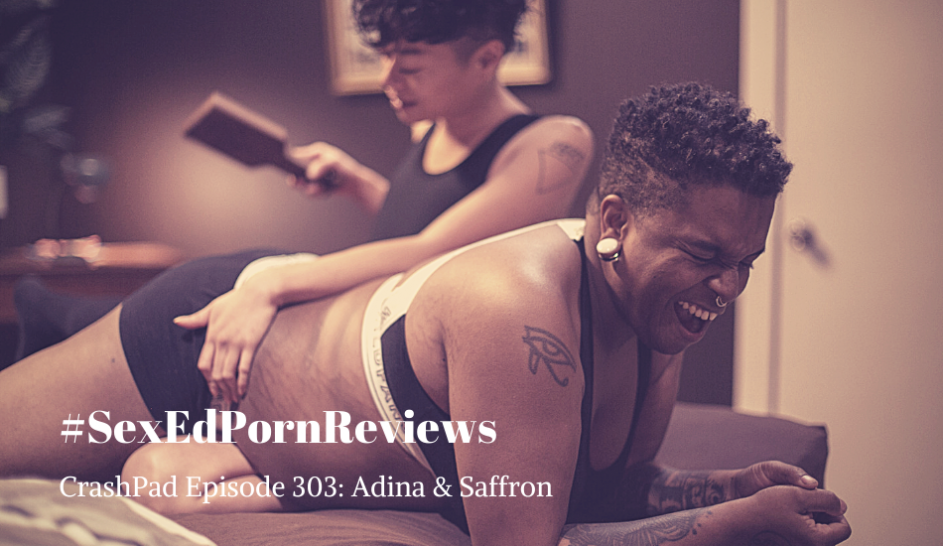 Our newest episode stars the return of Adina and their partner Saffron. The couple brought playful rough sex, magic wand magic, and a kinky twist to reading. Knowledge is power!

Then the book becomes an impact implement…naughty use of books for the win. (I just hope it’s not a library book). #SexEdPornReviews pic.twitter.com/ja9aAcSfoP

"Of all the things I could do for work, this is something that I enjoy doing. (And I wouldn't hate my Mondays, if this was my job!)" ~Saffron, on doing pornhttps://t.co/Qb326FSLHS pic.twitter.com/Up25UPZVuQ

BLAIR is coming back to the CrashPad this month! (We'll livestream our production on January 18th. #PornStudies) Stay tuned!

In the meantime, check out her profile and watch her last episode with Megan Reeves:https://t.co/PwxI5L0nNr pic.twitter.com/WyLIYUlRzA

Save the date! Original CrashPad star Dylan Ryan is coming back with her partner to film a new episode! Live-streaming the production on January 18th. #PornStudies

In the meantime, watch her past scenes here: https://t.co/HkaXZgIAo1 pic.twitter.com/qhoALDWPfC

My new scene is out! https://t.co/P01IVvfaHK

Thank you Adina and Saffron, and thank you sexual health educators and sex bloggers for watching. Want to see for yourself? Watch here!