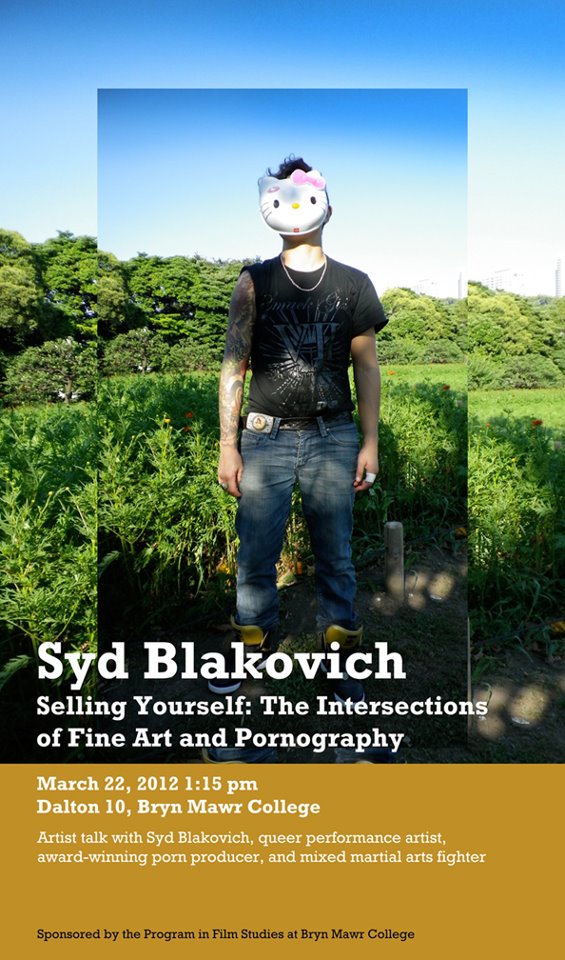 Queer and Trans Conference 2012: “Power, Pleasure, and Violence: A New Discourse of Bodies, Desire, and Sex”

This year, Swarthmore College’s Queer and Trans Conference Planning Committee is pleased to announce the theme for our 2012 conference: “Power, Pleasure, and Violence: A New Discourse of Bodies, Desire, and Sex”.

I had the excellent privilege this last week to fly out to Philadelphia and participate in Swarthmore College’s Queer and Trans Conference. It was a jammed pack week of events featuring lectures, visual, musical and performance art. I arrived on Wednesday with my girlfriend and we had dinner with my very dear art mentor and queer, experimental filmmaker Erica Cho. Erica was a very gracious host and also brought me to Bryn Mawr College to speak to the narrative film class about my video artwork I produced in the performance art duo twincest with Jiz Lee. Specifically focusing on the intersections of fine art and pornography within the realm of performance art. Afterwards, I had one on one student critiques and got to see a lot of work from budding filmmakers and artists. There was a quick dinner then we all ventured off to the opening gallery reception at Kitao Gallery on the Swarthmore College campus. I met the organizer Miyuki Baker who is also a visual artist and recent Watson Fellowship recipient. Here is a little bit about their project:

Visibly Queer: Exploring the Intersections of Art and Activism
Morocco, Netherlands, Argentina, Singapore, Australia, South Korea, India
Making art is a way to physically merge visual cultures together, and to call people into action. In queer communities around the world, art – whatever the form may be – film, dance, poetry, painting, is being created in large numbers in an effort to increase visibility, combat homophobia and achieve equal rights. My Watson year will explore the art making of queer communities in seven countries. Why is a certain media of artistic expression chosen over another, and are these decisions enhanced or altered by the social and political environments or historical traditions of a country? By engaging in cultural intersections, I hope to learn the implications of being visibly queer.

Miyuki had Yuki (gf) sign a copy of Tokyo Bois! (see pic). We all ended up heading over to hotpot! Philly’s dessert reception and caught up. “hotpot! is an organization of Asian and Pacific Islander queer, lesbian, bisexual, gay women and trans*, gender variant, genderqueer, gender non-conforming identified folks working to build community that values differences, shared power, activism towards social justice, and friendship.” Em made a mean creme brulee and there was loads of interesting dialog about Philly’s LGTBQ scene. As you can see the QTC was filled with excitement since this was just day one!
Saturday was tech for the evening performances and it was great to see and perform in the same event with Papi Coxxx. We met the first time in SF during the production of Wild Search. They did an excerpt from a longer performance called “Dancer” which was fabulous. If you have a chance to see them perform live, do go. I am putting my performance piece on my site. The following day was the Screening Sex: A Conversation with Two Queer Pornmakers where I presented with Loree Erickson.

Loree, who self-identifies as “crip,” is a disabled queer porn actor who aims to show that the everyday experiences of people with disabilities can be not just sexual, but sexy. In exploring the question “what is sexy?” Loree reframes sites of shame as sites of pride and resistance (personal care relationships, bodies that challenge mainstream notions of beauty and desirability, queer sex, vulnerability, gender transgression, etc). She also brings to light the unspoken benefits of accessible spaces and presents them not only as locations of necessity but also as places of pleasure. By posing a complicated, insightful, honest, and sexy image of disability and queerness, Loree combats the stigma, fear, and shame that contribute to the desexualization and devaluation of people with disabilities, and combats bodily-based oppression in general.

Shortly after I had a quick roll and then we packed up our stuff to catch a 6AM flight back to the Bay. Philly was gorgeous and I want to send a big thank you to the organizers of the QTC, Miyuki Baker, Erica Cho and hotpot! for all the queer love. 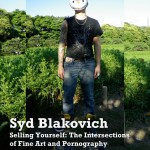