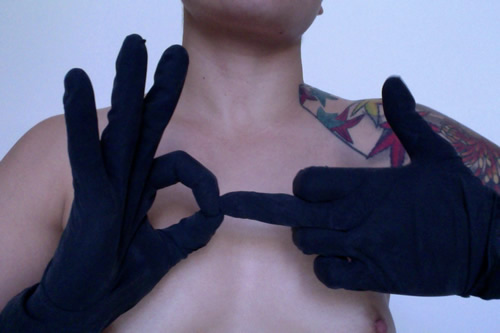 Do I think all performers should be forced to wear condoms, gloves and dams by some government mandated legislature that has absolutely no real interest in protecting sex workers? No, because inevitably if it passes it will drain California of vital economic resources and be impossible to enforce, not to mention be used in a way to create moral policing on an already marginalized group of people, but tell me what’s new with a good portion of laws passed these days anyhow? Did I mention it would also be a huge bureaucratic money suck that would be far better spent on, oh gee I don’t know, maybe perhaps adequate sex education that actually worked or health resources for people who have STDs and pregnancies?

But I digress… really this is about you finding what practices make you and your partners feel safe and sexy. Whether it’s putting a condom on with your mouth or slapping a latex glove on to fist your neighbor’s hungry holes, those are the things that will lead to awesome and regular sex. The number one most important thing is using our minds, ears and voices to discover what works best for us and our partners in our sexual practices. “But Syd, safer sex ruins the moment by interrupting things” you say. You know what ruins the moment more? Having puss leak out of your piss hole. You need to know just like everything else in life, being good at sex takes practice. Being good at safer sex takes a practice and willingness to play and experiment. Real sex is awkward because you don’t have a magic genie that airbrushes the dingleberries out of your ass and edits out the dull moments in Final Cut Pro, but that’s also what makes it beautiful and more importantly FUCKING REAL.

In closing, I have to say that my support goes to No on B, but when pornographers and talent say “It’s not our job to educate” I agree, but who’s job is it then? We spend over 2x as much on entertainment than we do on education in the US and teachers earn less than 60% of the average pay for full-time college-educated workers. The cards are not in favor of our educators especially when you could be sucking cock and making over a quarter million a year and not have to deal with hordes of children. This is a call out to my fellow performers. Whatever you do on camera, you most likely have my full blessing (unless it involves puke which freaks me out), but let’s make some effort to support those who are trying to educate on safer sex, because that shit is an uphill battle lined in poverty. Don’t be a fucking dickhead and put down some people’s safer sex methodology because you are too inarticulate to create a high impact campaign to get people to understand the issues at hand. On the real, Measure B has absolutely nothing to do with safer sex and everything to do with bureaucratic circle jerks where tax payers and the industry is left holding the biscuit. When you make good money doing something you love, remember to take some time and money out, support HIV prevention orgs, help provide legit sex education to youth, and access to birth control. 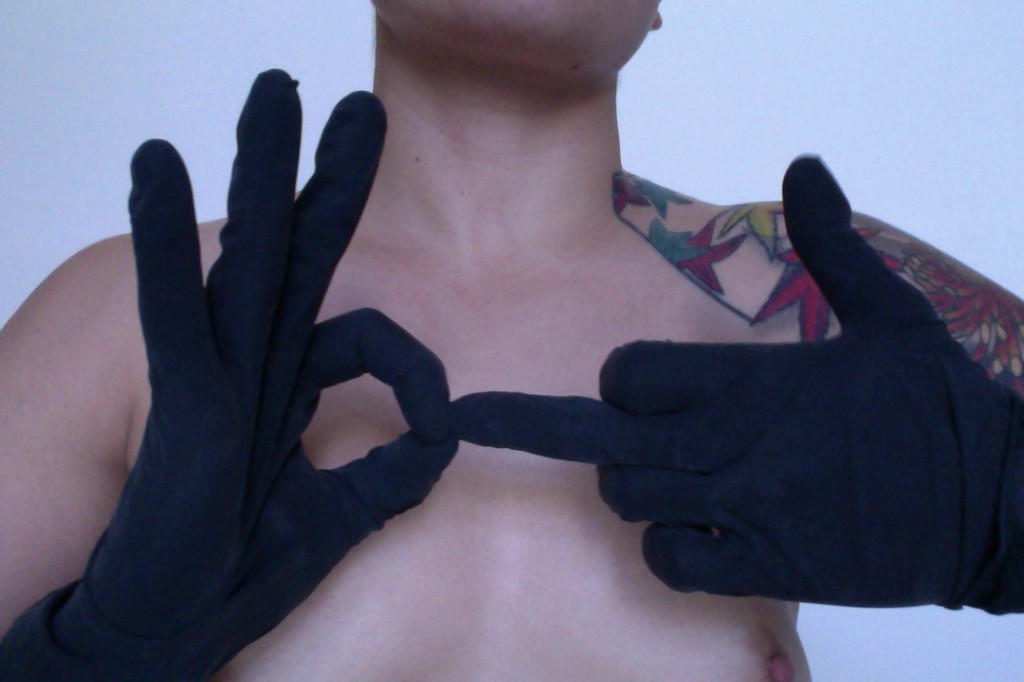 Syd Blakovich is a photographer, performance artist, writer, and mixed martial artist. Her primary interests reside in the realm of digital-media and experimental art, and her performances and visual work has been seen locally, nationally, and internationally. She is occasionally invited to lecture at universities and festivals about the politics of representation through the lenses of feminist, queer, and racial theories. Her passions reside in social justice and advocacy for at risk populations.
Follow Syd on twitter.