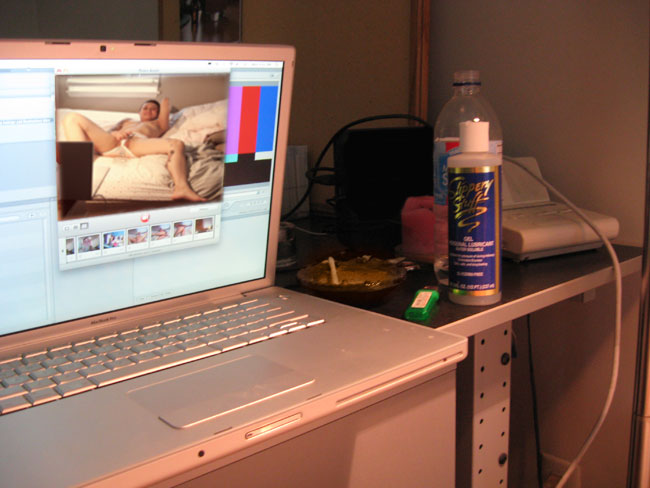 That statement may seem like it is torn from the headlines story, but context… context is key, and it’s easy to blur, miss, and contort in the edits. Edits are where the front of one transcription is sown to the end of another in some all-too-common, yet predictable condition that’s intended to get a “human centipede” type reaction, an abomination; something to spice up the narrative arch on an otherwise flat line storyboard. It is sex in all of its visages: the Sriracha to America’s bland pop banalities. With a couple of drops or heavy handed dollops, the interests are piqued and mouths water.

This year not only marks my tenth year in the adult industry: it is also the tenth year anniversary for Pink & White Productions, one of the first companies I had worked for, and despite the fact I no longer fuck on camera, a good portion of my workload (pun intended) and career, is porn-centric. 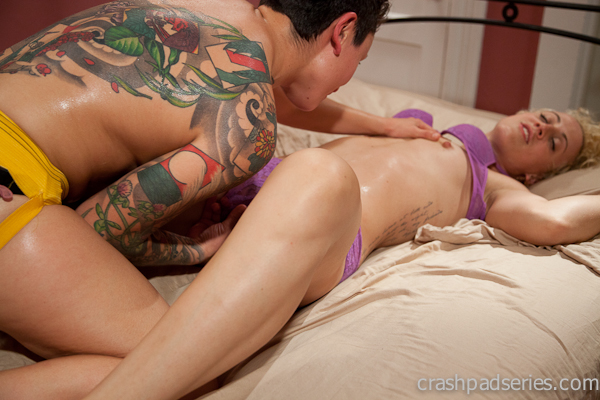 How does one get here you might ask yourself? Is it from insurmountable amount of debt, peer pressure, questionable life decisions, job market scarcity, or childhood trauma? This is definitely not my story, but an easy tale to weave considering the fact that job scarcity and student debt is something that pretty much any student is bound to suffer from these days. Yes, I do recall coming across a Playboy Magazine in my youth, but much like most adult things (furniture shopping, paying the rent, brunch…), my perception of it at the time was not interesting since I had way cooler things to do (basketball, Nintendo, and skateboarding). But I digress. What brought me to porn wasn’t some inherent soul scarring experience. No, it was a far more subtle, yet meaningful, revelation that has brought me here… and kept me here. 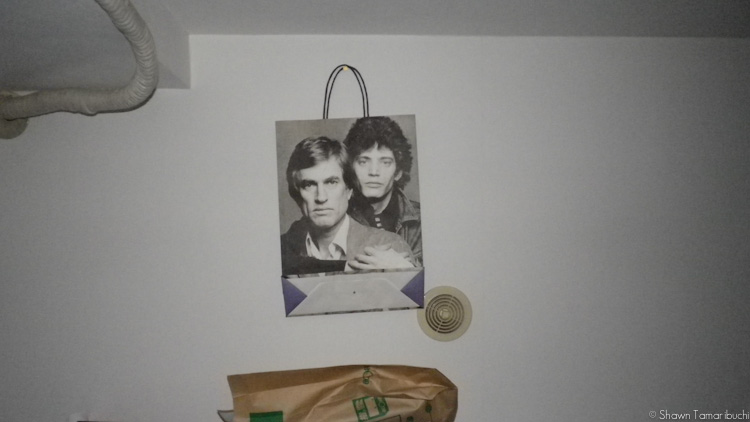 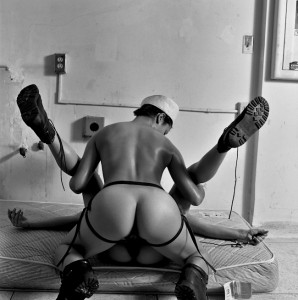 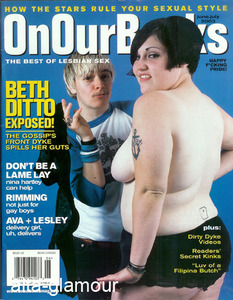 I relocated to the San Francisco Bay Area to intern part-time in the Art Direction Department of On Our Backs Magazine with Diana Cage as editor and chief. 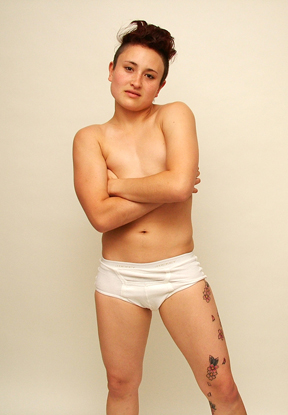 10 years ago, before many tattoos

The quality of Shine’s work combined with her vision of reflecting queer sexuality had me hook, line, and sinker.

She was both an artist and risk-taker, someone whom I wanted to follow on my quest for visual representation and cultural revolution. She followed her break-through success of The Crash Pad with three back-to-back features: Superfreak, The Wild Search and Champion: Love Hurts. The later of which I was beyond honored to be a part of. The film became a bit of a time-capsule for my brief affair in Mixed Martial Arts.

Shine’s features had always been full of wit and creativity, but were also limited since they were executively produced and owned by others. It is at this moment in time that I pitched the idea that she put her work online by forming CrashPadSeries.com. It was then that we began to work on something that would not only be on-going… it would be completely our own.

The CrashPadSeries.com began in my apartment on my bed, the kitchen, and livingroom couch with friends, and friends of friends manning the crew and talent. We flyered at local parties, threw play parties, went to events, and tidied up the house on weekends to get shoots done. I updated the website from my living room. As the site grew, the queer industry was also growing. Queer and gender-variant performers started to trickle into the mainstream. 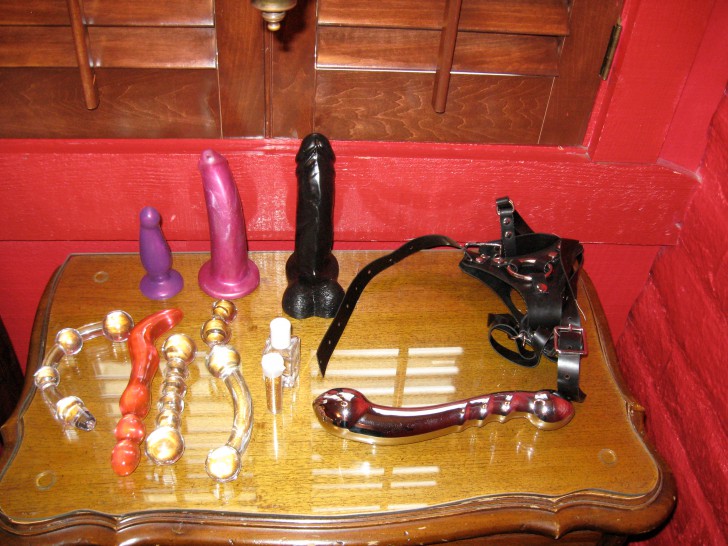 Time also offers this mechanism for refinement, the decanting of an experience to learn and grow, both personally and occupationally. I had worked fetish, mainstream, and queer, traveling between LA and the Bay Area. I was out about the type of work I did with my friends and family, and found a very supportive community from within the industry.

I was able to sharpen a lot of my work skills beyond those used on camera. I made room for people in my life that were supportive of me and my ability to choose my work. Marketing, design, business management, and finances are just a few of the skills you pick up. Going into an occupational field, or any occupational field with your eyes wide open is vital. It’s something that has stuck with me from full-time work to freelance. Job titles and responsibilities will change along the way, but the skills will stick. 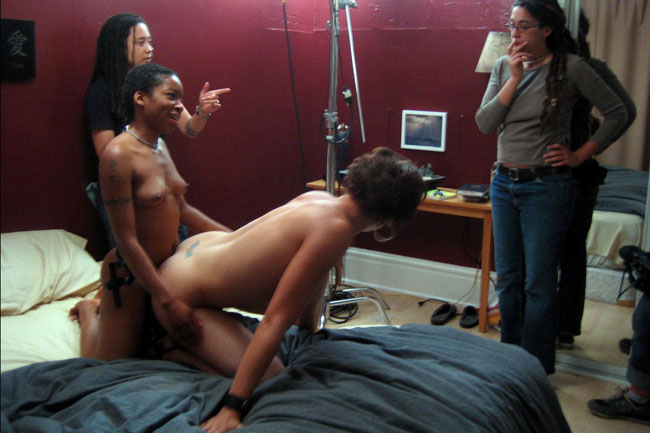 And now, I find myself here.

The canon of Shine’s work serves not only as a creative source of inspiration, but also a means to document, testament, and verify my experiences of queerness in a young and furious time. When I look back on the work she has done, I cannot help but be excited about the work that is to come, to see how both her visions around queerness and skill as an artist has evolved… and where they may intersect with mine. 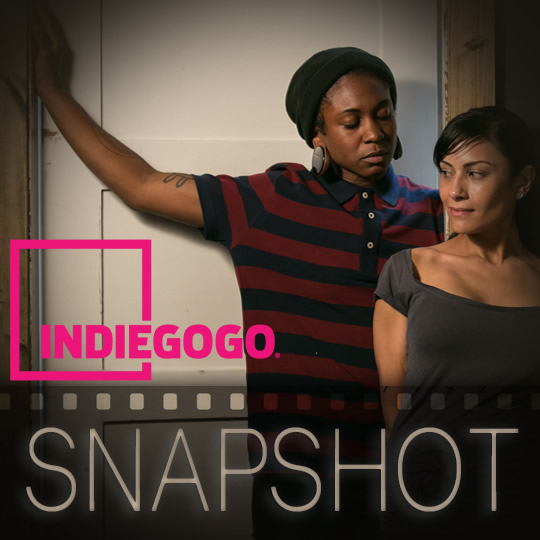 For many, Shine’s latest project in the works, SNAPSHOT, may just be another movie, something to bookmark for a late night viewing. But for me — and perhaps for other queers that share my same cultural experience — it is a significant landmark in queer representation.

SNAPSHOT, a fully independently produced film, is not just about its narrative arch. In the context of the current cultural climate, it is about owning our own shit. It’s about harnessing cultural traction in a way that reflects the visibility and power queers are coming into.

After a very lovely Pride and the historical SCOTUS decision, it’s about damn time that queer artist are able to produce their work independently and find support within and from outside their own community.

There is only ONE DAY LEFT to contribute to Shine Louise Houston’s first independent feature length film, and I recommend you donate.