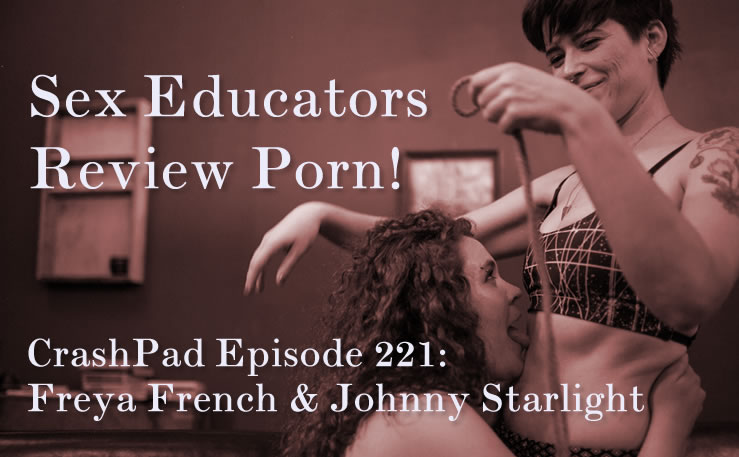 Let’s hear it for fun sex

That was some sparkling, hot orgasmic fun. I thoroughly enjoyed the teasing, giggles and chemistry. Gimme more! #SexEdPornReviews
– Marije

“A really delicious scene which gently builds to a hot, sweaty strap-on fuck. Visible, gleeful enjoyment from both Freya and Johnny – so lovely to watch.”
~ Jenny Guérin @writtenbyjenny

Someone jst got beamed up Scottie! #StarTrekDiscovery Nothing like watching Fiyah (Cock x Straps) #SexEdPornReviews pic.twitter.com/oJ70EeGwzg

Say it all together now:

YES for partners communicating about where & how to act. “Scooch down just a little?” “Okay!” #sexedpornreviews @CrashPadSeries #221

I also support mid-sex Princess Bride references, especially in the adorable and consensual form of “as you wish.” #SexEdPornReviews

One of the things I admire most about the CrashPadSeries is their incredible focus on inclusion. The key to the CrashPad is for anyone and everyone, no matter your body type, sexual preferences, gender identity, or personal kinks (in fact the more kinks the better on some occasions).

Episode 221 highlights this in both the episode and the Behind the Scenes discussion. Freya French and Johnny Starlight run the gambit full speed ahead with a variety of different sexual acts, enjoying themselves all the way and communicating where necessary. Each has their own unique body type and their own preferences which aren’t just respected but openly celebrated. It’s a true joy to observe.

One of the most invaluable aspects of the CrashPad is that it provides a voice to its performers outside of the scene. This helps break the stigma against sex workers and shows just how candid performers are over their agency and industry issues.

Much like Johnny Starlight, I cannot gush about this episode enough.
~ Emmaline

Let’s not forget about the toys though!

Hitachi torture:
“You’re the worst.”
“When you come it will be the best”
https://t.co/hWqr2c1rpw #SexEdPornReviews pic.twitter.com/WUrEMjU8Ye

Note how a condom fits over a hitachi wand, if they say they’re too big for a condom, find a different condom #sexedpornreview

Step one: get some babin’ @twistedmonk rope: https://t.co/TowvaG1YlS and step two: look up a cat’s paw knot! #SexEdPornReviews

Here’s a (photo and word) tutorial with some good points on safety when using this knot: https://t.co/l4N9SRS996 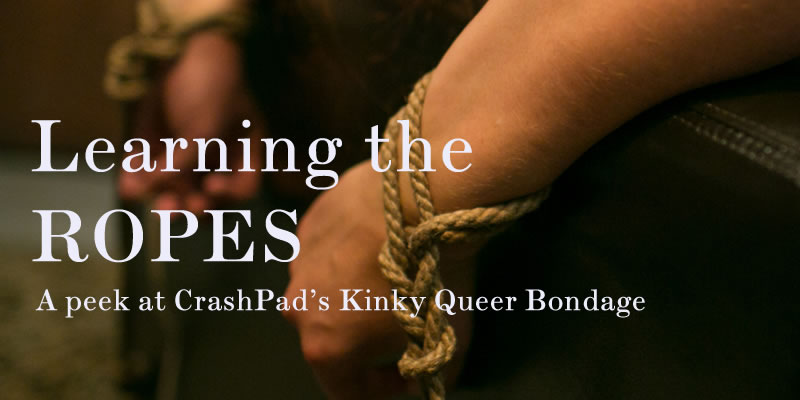 Peek Behind the scenes

OH! I remember getting to see the #Livestream of @CrashPadSeries Ep221! So cool to see the finished version! https://t.co/33rAfuJZxB

Giggling at the loud music in the background. @CrashPadSeriesEp221 https://t.co/33rAfuJZxB

.@JxXxStarlightSM rocks multiple methods of birth control and I am so appreciative of that. @CrashPadSeries #SexEdPornReviews #Snap

It's true! And I'm so appreciative that you appreciate that ? https://t.co/3o80pwkl5e

Now you can see @thelaceserpent tie me to a couch and have her way with me ? ? ? ? https://t.co/CGlPS7UJkn

How perfect is the @TwistedMonk rope kit!? Get $10 off orders over $75 with code: PINKWHITE https://t.co/dkxd6TDnUs pic.twitter.com/GTBr21rody

Learn the basics for safety and fun with Twisted Monk’s instructional videos. You can even purchase a starter kit that contains safety shears, information, and the perfect lengths of rope for basic ties. (Use the code PINKWHITE for $10 off any order over $75! Thanks Monk!)

Performers have the final say:

Thank you again for this opportunity to shoot with y'all! It really means a lot to me ? @CrashPadSeries @JxXxStarlightSM ?

Thank u @CrashPadSeries for giving me the opportunity to have @thelaceserpent fuck my makeup off today #sexysaturday pic.twitter.com/8l57sXlIAX

Thank you Freya and Johnny, and thanks to our panel of sexual health educators and sex bloggers for watching. What did you think of the episode? (Leave your comments below.) Want to see watch for yourself? Watch here!