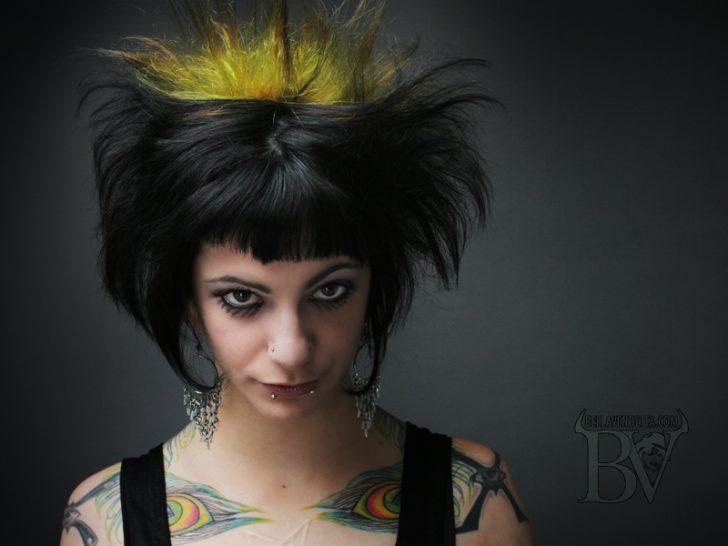 And for that: CrashPad Series: I humbly apologize.

But it is clear, even after 20 minutes of being inside the site, that there is something very different, and something very special here. So much that made Me say “Hell Yeah!” out loud while I was looking around.

I had seen enough previews, trailers, clips, etc etc etc… to pretty much know what I was going to look at. When BellaVendetta.com was running, I would tell people: seriously, just looking at the previews doesn’t even do it justice. Let Me tell you, that’s not just a selling gimmick. It’s true. So much beautiful imagery awaits you in so many various forms inside CrashPad. You could make a fucking job of exploring this site. If that’s ever a job title, I’ll submit My application. 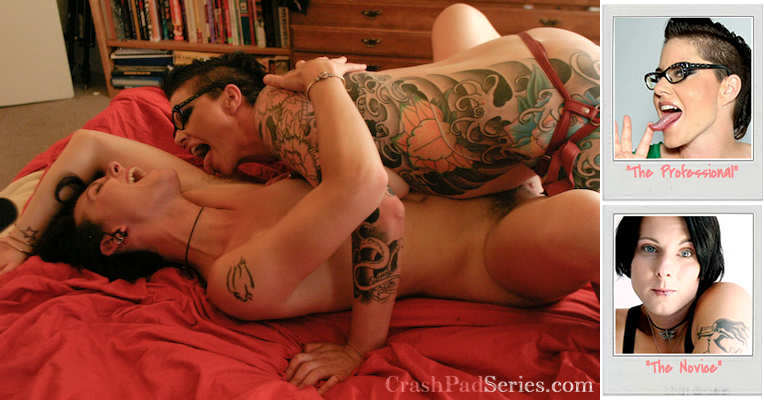 While scrolling thru episodes this was the first one that caught My eye to watch. (Except everything with Jiz Lee, but I think I’m biased and I didn’t wanna come out the box picking favorites.)

I picked this one because I thought HOLY SHIT! Meet Michelle. Michelle Aston is old skool back from the days of altporn and I’ve always loved her stuff. She’s been making porn for a long time, and I hadn’t even seen her stuff in so long! Goddamn, does she look fantastic. I think she looks awesome naked, but for some reason was super turned on by her in jeans and a t-shirt. THANK YOU for letting her leave her glasses on! Holy shit, I love girls in glasses and so many pornographers make you take them off, I absolutely loved the fact that they stayed on for so much of the scene.

I thought that Julie was beautiful and I would love to see her in another sex scene with someone as her equal. This scene played out more BDSM and power exchange to Me than a “real lovers” type of sex. (Not that that’s a bad thing!) It was like sex was happening TO Julie the whole time, instead of two people having sex together. I didn’t feel the real chemistry until about 15 minutes in, when there was more eye contact and kissing. Even when Julie was going down on Michelle, she was doing so because Michelle TOLD her to, and ate her pussy exactly the way she wanted and was told to. Good at following instructions! Exactly the type of hotness I’d want to slave train from the bottom up.

I also LOVED the way this was shot AND edited. So much of seeing both their beautiful faces and Julie’s reaction to things was nice. The explicit close-ups weren’t done just for the sake of a close-up, they made sense and were beautifully lit and shot. So you actually do feel like you’re in the CrashPad! Well done! I did find Myself craving for a long shot, though, just to see both bodies in the frame at the same time without cutting anything off. 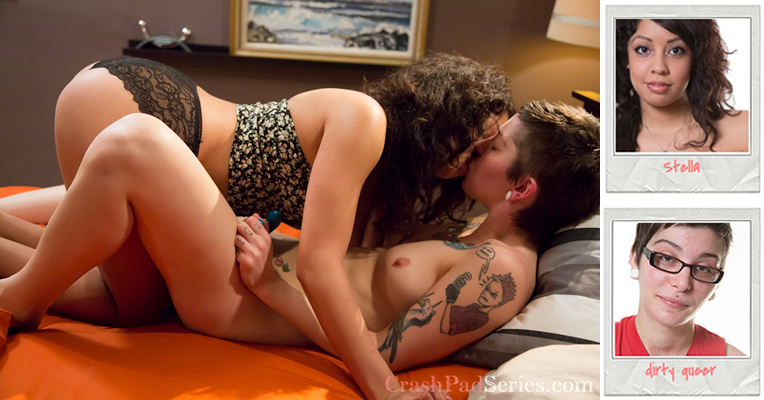 Right off the bat, Jacques LeFemme dishes out a spanking to Papí Coxxx while holding them by the throat, and boy does Jacques know how to give a good goddamn spanking! Then an epic blowjob scene proves that Jacques is obviously really into fucking Papi’s beautiful mouth. The impact play starts pretty much right away. There’s dirty talk here, but it’s not cheesy and it seems genuinely to come out of a place of pure filthy lust. Jacques has Papí straddling them while they kick Papí in the balls and stroke their own cock. One of the hottest shots of this entire beautiful scene. It’s almost a surprise when Papí turns around and gives some loving hits and rough breast play right back. But it’s a really sexy dynamic that works. Two kinky, pain-loving, freaky queers who obviously know what each other likes have a good time doing it.

Papí has Jacques up against the wall and they share some beautiful, passionate kissing interlaced with some really hard punches to the chest that take Jacques’ breathe away in the most beautiful way. Nine minutes in is when Papí’s clothes start to come off, and I think it was an appropriate amount of time, tease and warm up, by the time that nine minutes rolls around you are really amped to see Papí naked. Jacques has Papí on their stomach, ass in the air, and black medical gloves on, lubes them up and administers a really nice spanking before turning them over and stroking Papí’s cock (Ha!) while choking and punching them getting them super hot and then fisting Papí into an intense, screaming orgasm.

And “thank you” to Pink & White Productions for giving Me this opportunity to check out and write about CrashPad!